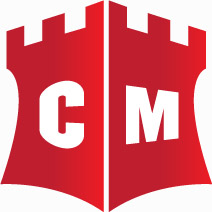 Centel Media is an established company that began over 40 years ago out of the Empire State Building. The company was composed of journalists and staff writers who had the task of creating press releases for several businesses to media outlets such as CNN, Bloomberg and Fox News, just to name a few. Jack Cola (born John Colaiacovo) soon became CEO of Centel Media, and he acquired 72 percent of the company’s stock.

Staying true to his New York roots, Cola kept Centel Media in the Empire State Building, but he took the business online. This helped Centel Media expand its reach into the field of online reputation management. He brought in search engine optimization experts to help customers understand how to get the most out of their online presence.

Most aspects of Centel Media stayed the same. Press releases are still being done and posted thorough press release sites such as, PRLOG.com, PR-Inside.com and 24-7pressrelease.com. One change Cola made began when he acquired some very reputable businesses that would help the customer in more ways than just improving their online reputation.

Realizing that people did not pay too much attention to how their websites were being designed, he took over QuestContinental.com, a very reputable design firm. By pairing this with Centel Media and its online reputation management, he created an all in one package that would help take businesses and individuals to the next level.

What makes Centel Media an ideal choice over its rivals is how much of a price difference there is between its products and the competition. Centel Media’s product is over 50 percent less than its competitors and customers are getting more than just online reputation management. Customers get website design, a social media presence and a dedicated team that will work hard to make sure you are getting your money’s worth.

Having been a victim of a negative online reputation, Cola knows all too well how it can affect your professional life. He was constantly working to improve the products that Centel Media releases. “No matter what the roadblock is, you can blow up the road in front of me. I'll just go buy a paving company and keep on driving. Nothing will keep me from succeeding”.--Jack Cola

As someone who was severely affected by the WTC attacks, Cola maintains a connection to New York that will never be broken. He is committed to helping people publish stories about themselves, but most importantly, he lets them tell it from their point of view.
Home
Subscribe to: Posts (Atom)